JORGE CABIESES. States of a body

Cabieses uses different visual models that have a conceptual dimension in their own right. On one side is the plane: certain pieces evoke strange planes that seem to indicate how to make an indecipherable device or an indeterminate mechanism. On the other, the map: the works also seem to portray in a highly synthesized way a series of objects and routes and their location in the territory. But here there are also mathematical graphics: other pieces present figures that recall the graphs with which percentages are illustrated and quantities are compared.

Although visually similar, these models operate at different levels: a plane is made in time (its instructions are materialized in the manufacture of an artifact or a future building), a map points to the physical space (describing a territory), while a Graph points to proportion ratios (between variable amounts of absolutely anything). In that sense, it could be said that Cabieses constructs the pictorial field as a diagram: a schematic representation of information-and, therefore, a model that is not properly abstract or figurative. Against the tradition of figuration, the artist resorts to a hard geometry far from representation, at the same time that he cancels the illusionist space of perspective through a work that unfolds radically on the surface of the painting: his unprimed canvases clearly reveal the support, while evidence that the paint is simply a thin layer of pigment adhered to the fabric (something especially visible in the clean juxtapositions of colour that occur in the overlays between different figures). Against a certain tradition of geometric abstraction these artworks do not seek to invoke a world of ideal forms detached from the earthly, but rather find references in multiple visual codes of the world of information.

But not by resorting to such models the artist renounces the aesthetic searches that go through the history of painting. The mathematical precision with which Cabieses places the elements on the surface of the canvas, maintaining a delicate balance between the forms and a tight unit within the format, defines the poetics that characterize this body of work. Here, the calculated composition and the accuracy of the execution do not hide the force of the intuition and the spontaneous that animates these constellations of shapes and colours, imprinting vitality. This compositional balance is the visible face of that other between formal and aesthetic explorations and conceptual allusions.

Hence the appeal of Jorge Cabieses to an "aesthetics of the diagram". These information schemes, which are at the same time a playing field for shapes and colours, materialize their commitment to find a way of agreement between very dissimilar concepts of the image (such as an icon, shape, symbol, imprint, gesture, etc.) and its different horizons (figurative, abstract, non-objective, encryption, etc.) to seek to reunite, even provisionally, its vast power and possibility. 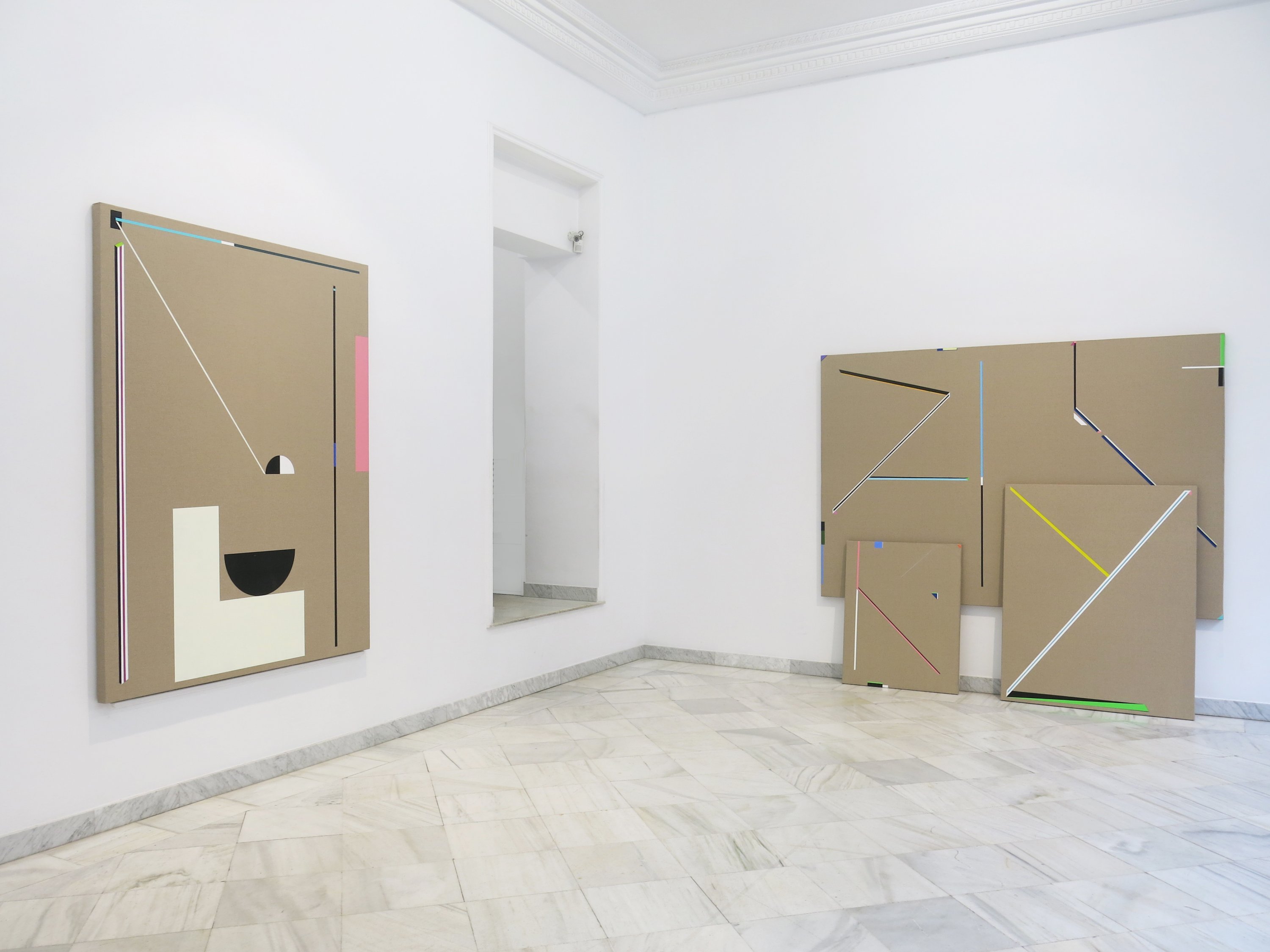 JORGE CABIESES. States of a body