For this show, a series of historical three-dimensional pieces such as Zone (1991) and From brightness to shadow (1994) have been selected, some of which can be seen together for the first time and that are completed with new pieces specially produced for this exhibition as Viridian Vera Icon [3] (2017), Wittgenstein (2019) and the one that gives title to the sample, Pánta Rheî, (2019).

They are completed with a set of unpublished cardboards that act as a sort of Ariadne thread that draws the route of the exhibition. “The cardboards represent, within the whole of my work, a mental space and a psychographic materiality of marked involuntary character. They are works that are articulated in an unpredictable assemblage where the parts of an incomplete consciousness are connected, which seeks to unite what is excluded, divided and dispersed. ” F.S.

“In the Pánta Rheî exhibition everything flows, everything changes and everything remains without apparent disagreement. It is the expression of a place as unequal as homogeneous, where different notions and their forms exist as a diffraction between the sensitive and the unintelligible. ” F. S.

In Fernando Sinaga's work, the perception and experience of the viewer are key to completing its meaning. Sinaga conceives art almost as a philosophical practice where time and space are essential dimensions along with chance and destiny. Throughout forty years of career the artist has produced a sculptural body of work that has combined with his Discontinuous Considerations, a series of written reflections that he considers a decisive part of his artistic praxis that have been published on the occasion of his exhibition Zona at the Domus Artium of Salamanca in 2006.

Fernando Sinaga is also one of the Spanish authors who has most reflected on Public Art, carrying out different institutional projects such as Spectral Screens over the Ebro on the occasion of the Zaragoza International Exhibition in 2008 or The Retinal Chill for the City of Arts and the Sciences of Valencia in 2000. His work has been the subject of great museum exhibitions such as The Inhospitable Room, IVAM, 2005 and IDEAS K, MUSAC, 2012 and is represented in the collections of the main Spanish and international public and private institutions such as Reina Sofía National Art Center Museum (MNCARS), the Valencian Institute of Modern Art (IVAM), the Patio Herreriano Museum, ARTIUM Basque Museum Center for Contemporary Art, Bank of Spain Collection and the Kunstsammlung der Ruhr-Universität in Bochum, Germany, among other.

Fernando Sinaga has been a Professor of Sculpture at the University of Salamanca where he has lived and worked for more than 30 years. He is currently participating in the collective exhibition A Further Dimension: Approaches to Contemporary Sculpture in Spain, at the Patio Herreriano Museum in Valladolid. Recently, the Cedeac Ad Hoc publishing house has published Fernando Sinaga, Writings on Art, 1999-2016, which will be presented at the Fernando Pradilla gallery within the framework of this exhibition on September 13 at 7pm.

Activities in the gallery within the APERTURA 2019 program:

- Thursday 12th at 20h opening exhibition.
- Friday the 13th at 7pm presentation of the book Fernando Sinaga, writings on art 1999-2016 by Fernando Castro-Flórez.
- Saturday 14th at 11 am breakfast with the presence of the artist. 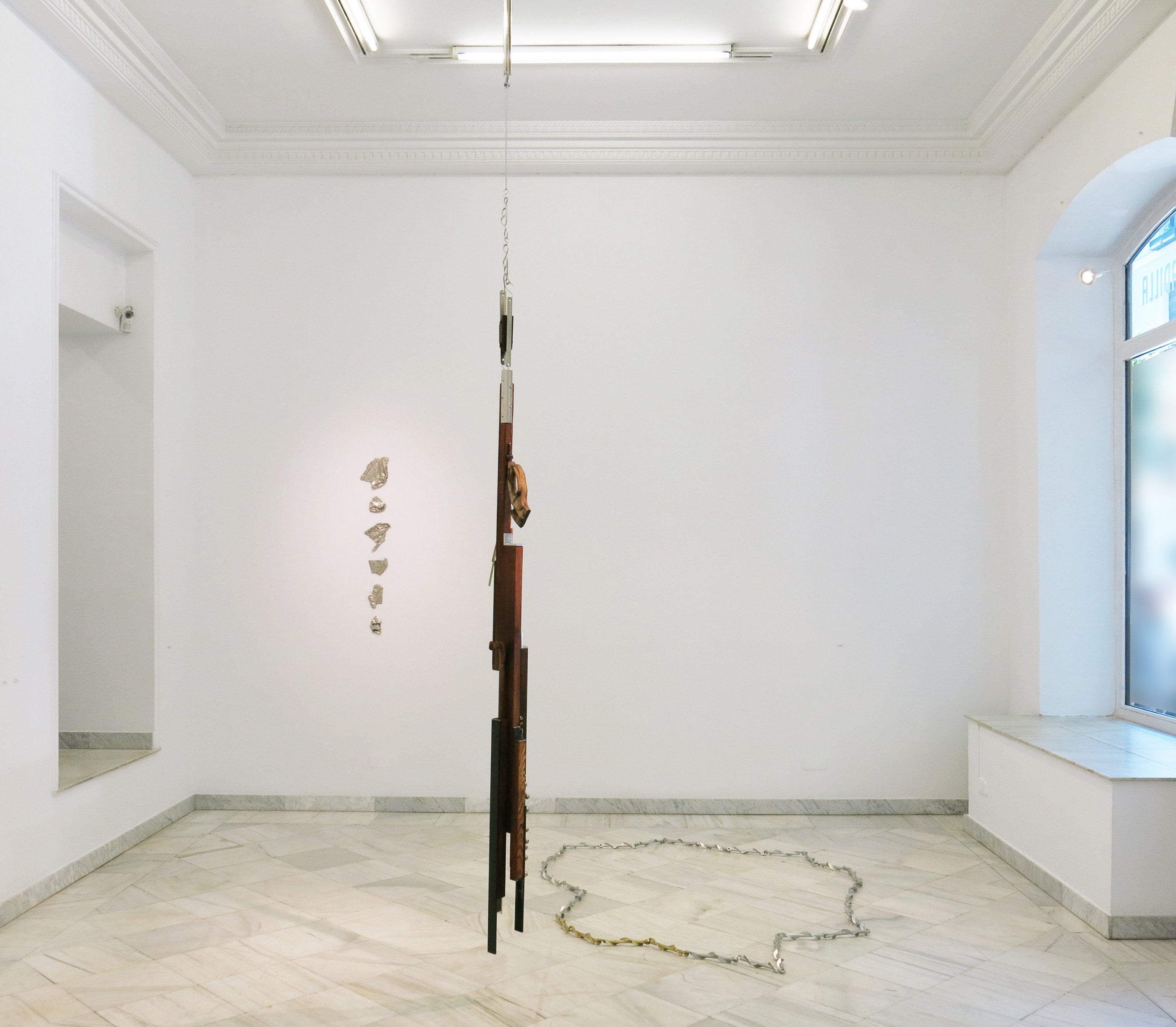